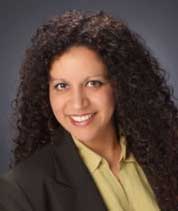 Dr. Maggi Smith of The Toledo Clinic Department of Podiatry/Foot and Ankle Surgery is a top-ranked, highly credentialed expert in the field of podiatry. Dr. Maggi Smith ranks among the nation’s most highly trained foot and ankle physicians. Dr. Smith has achieved dual surgical board certifications in foot surgery and rearfoot reconstructive ankle surgery by the American Board of Podiatric Surgery. Fewer than 5% of foot and ankle surgeons in the United States have the surgical credentials of Dr. Smith. (source: American Board of Podiatric Surgery)
Dr. Smith is widely respected practitioner, researcher, lecturer and patient care advocate. Our doctor brings an unparalleled level of skill, care, expertise and professionalism to Northwest Ohio and Southeast Michigan.
She maintains the highest levels of certification and accreditation and completes numerous hours of ongoing education each year.

Dr. Maggi Smith has been licensed to practice Podiatric Medicine in the State of Ohio since 2000. Dr. Smith is board certified in Reconstructive Rearfoot Ankle Surgery and Foot Surgery with the American Board of Podiatric Surgeons. She passed NBPME part 1 in July of 1997, NBPME part II in March of 1999 and the PMLEXIS in June of 1999. Dr. Smith is a Diplomate of the American Board of Podiatric Surgeons and a Fellow of the American College of Foot and Ankle Surgeons. Her vast work experience has given her opportunities to work in various areas of Podiatric medicine and surgery.

Dr. Smith earned a BS in Chemistry from Baldwin-Wallace College in Berea, Ohio in 1992. She then obtained a MS in Anatomy from Wright State University in Dayton, Ohio in 1997. Dr. Smith received professional training at the Ohio College of Podiatric Medicine in Cleveland, Ohio and graduated in 1999. Post graduate training was completed in 2001 at Riverside Mercy Hospital in Toledo, Ohio.

Dr. Smith has researched and reported on the following podiatric topics:

Fill out the form below for questions and appointment requests.